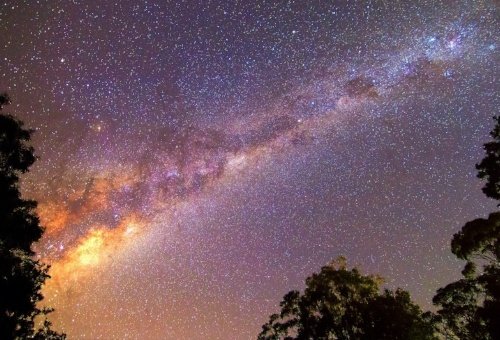 Machine learning has the power to transform the world, and it’s not just being used to power chatbots or to recommend your Netflix content. There are many amazing machine learning applications that improves our everyday live, but also makes the world a magical place.

Here are the most wonderful three ways in which machine learning is changing our lives for the better:

Have you heard about IBM’s Watson? A couple of years ago Watson became the first machine to be a Jeopardy champion, despite competing against two of Jeopardy’s greatest champions. Since then, Watson has been making highly accurate recommendations in the diagnosis and treatment of certain types of cancer in several hospitals and medical centres.

Following Watson’s success, many other machine learning tools have been introduced to assist doctors in diagnosing and treating a range of illnesses and diseases. Machine learning has also recently been put to use to monitor and predict epidemic outbreaks around the world.

In 2017 Nasa found the eight planet orbiting the Kepler-90 star using machine learning, as well as a sixth planet on the Kepler-80 system. Both these systems’ planets are highly concentrated around the host star, when compared to our own solar system and Nasa scientists believe there to be more planets in each system, especially Kepler-90.

Finding these planets requires a pattern, but recognising a pattern requires a lot of repetition. If an exoplanet only crosses the face of the star once every five years, it can take a very long time for a pattern to be recognised. But as Nasa gathers more data on the Kepler systems over a longer period of time and with the help of machine learning algorithms, the chance of identifying these patterns – and new planets – increase.

There are a number of machine learning applications to assist in policing. Surveillance footage can be run through machine learning to identify abnormal and suspicious behaviour to identify and prevent potential acts of crime before they have been committed. Once identified, the computer will alert a person to intervene and thereby reduce the number of crimes. Machine learning can also identify known criminals or missing persons from footage and alert authorities.

Some applications focus on assisting police track criminals after crimes have been committed. Series Finder is a ML tool that can identify series of crimes by detecting patterns, and constructing modus operandi (M.O.) that describes the habits and behaviours of the offender. This helps the police to identify suspects and is a powerful tool in catching repeat offenders.

There are many other fantastic ways machine learning is helping in crime detection and prevention, including identifying where crimes are likely to happen or has happened and whether criminals should be released on bail or parole.

Whether we’re using machine learning to advance science, make our neighbourhoods safer or improve our businesses’ success, it definitely makes life easier. Machine learning is a powerful tool that can improve your marketing ROI, increase your call centre collections yields and grow your share of wallet from existing customers. Find out more about our tool, Genius. It’s a MLaaS tool that gives you the power of machine learning with the infrastructure investment.

Why Are Chatbots Important?

Our Top Blogs On Machine Learning For 2017

How Marketers Use Machine Learning In Retail