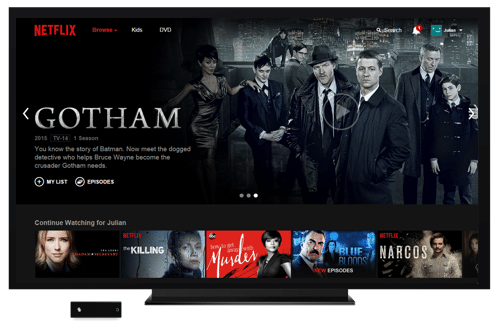 Kevin Spacey may not have given data analytics the nod at his acceptance speech this year at the Golden Globes, but that doesn’t mean the star doesn’t understand the depth of data’s role in the success of his hit show, House of Cards.

In fact, Spacey has been talking “analytics” for a while now and his keynote speech at the James MacTaggart Memorial Lecture at the Edinburgh Television Festival  reveals that Hollywood’s storyline is set to take a twist of its own thanks to data analytics. And Netflix’s recent announcement that they’ve signed up 50 million new subscribers globally further challenges traditional production houses to re-think their business models in the age of data and the empowered consumer.

Data has long been a strategic asset for Netflix

Since the early days of its DVD-mailing business model, Netflix has been aware of the potential that lay dormant in consumer data. In 2006, the company offered $1 million to developers to create an algorithm that could best predict how viewers would rate movies based on their previous ratings. With the arrival of video streaming, thanks to internet maturity and consumer buy-in, data became abundant and Netflix were poised to capitalise on it based on the success of their initial foray into analytics. Today, House of Cards is a multi-award-winning TV-series that is conceptualised, cast, produced and written in partnership with the insight gained from massive volumes of consumer data. Traffic to the Video on Demand provider accounts for over one third of internet peak time in the USA.

What lessons does the Netflix story hold for us marketers?

Interestingly, Spacey notes in his talk that, “…through this new form of distribution we have demonstrated that we have learned the lesson that the music industry didn’t: give people what they want, when they want it and in the format they want it.” As a marketer, this hits home on many levels, and as the internet-age continues to redefine life, work and play, we should seize opportunities to bridge the divide between our brands and our changing markets. In a report titled ‘The Rise of the New Marketer’, Forbes notes that “Within organizations that have achieved high levels of customer intelligence, there is a data-centric culture that is supported from the top down, and decision makers at all levels are provided training and support in mastering the power of data to better reach their markets.” This highlights the need for marketers and others within their organisations to pay closer attention to what their data is telling them and draw inspiration from companies like Netflix who have taken the data plunge in such exemplary fashion.

Netflix now knows how to rope in series fans

Recent analytical endeavours  have revealed that Netflix viewers are more likely to get hooked on a series if they are given access to the entire season at once, rather than forcing subscribers to wait a week for the next episode. Pooling data from 20 shows across 16 countries, Netflix was able to determine at which point viewers would become loyal followers of certain TV shows. Analysis revealed that viewers preferred having the control in their hands about when and how they consume content, making the relationship with the content and the provider a more personalised one.

It seems the stage is set, and data is at the center.

All bets are on that Netflix is set to expand its global reach and are conducting quality of service studies to markets currently outside of its reach. This bodes well for consumers, who will enjoy more volume, variation and personalisation of the content they consume. However, this comes at the expense of sharing your personal information with content providers – but if consumers feel they’re getting value in exchange, my hunch is that they will surrender it without too much deliberation. The race to produce content that speaks to an ever-increasing and diverse viewership through a new and powerful medium is certainly on, and it appears that big data will be cast in the role of kingmaker.

Truth Seeker: How To Avoid Logical Fallacies And Cognitive Biases In Data Science

Our Data Analytics And Cloud Blog Roundup Of 2019

How To Avoid The Texas Sharpshooter Fallacy In Data Analysis