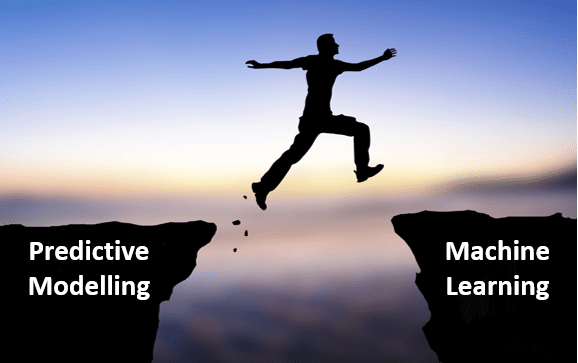 The move from predictive modelling to machine learning can be easier than you think. However, before making that move you need to keep two key considerations in mind to ensure that you benefit from all that machine learning has to offer and that your predictive analytics system remains a trustworthy tool that lifts your business, rather than harming it: the Consequence of Failure and Retraining Frequency.

Let’s consider home loans, for example. Predictive models will score out new loan applications and – based on various attributes of the applicant – will assign a score that will reflect the probability of default on that loan. If the score is too low, the loan application is declined.

Imagine if the scoring system starts to turn against you, i.e. the allocated scores do not accurately reflect the propensity to default, and more ‘bad’ accounts are accepted and ‘good’ accounts are rejected.  The impact for a large lending business would be significant, running into the millions.  This is why lending models that assign a probability of default are developed over months by specialist analysts, taking great care in the underlying data, the construct of the model and the validation of the model against out-of-sample and out-of-time populations.

On the other side of the scale, efficiency models are put in place to obtain higher yield for the same effort.  The consequences may vary, but an example of a low consequence of failure would be an agent to customer model.  Agents and customers are profiled and their interactions are observed.  The model will pick out successful and unsuccessful interactions, and a ‘compatibility model’ will be developed and deployed into the dialler system.  Should the developed model stop performing, one would revert back to a random allocation of agents to customers and some efficiencies would be lost, but not millions as in the case of defaults on large loans.

The consequence of failure assessment will have a strong bearing on the amount of TLC you apply to the development of the model, how visible it is for interrogation and also on how often you allow it to retrain. This brings us to the essence of what machine learning is: the retraining frequency.

If you visit the data science competitions website Kaggle, the example problem that they have for new starters is predicting the survivors and non-survivors from the Titanic from a sampled training dataset. This training dataset contains various attributes of the passengers, like the passenger’s ticket class, the boarding gate, number of siblings, age, gender, etc. One can build a model using whatever tool you prefer and test your algorithm on a sample and see how you faired against the best of the best. Don’t be disillusioned if your model only comes out at 76% accuracy against the winner’s 100%. One can just Google the actual names and see who lived and who did not.  But still, the point of this is that it is very much a static solution – there is no retraining of the algorithm using new data.

Contrast this with the training of the self-driving algorithm which consumes real-time telemetric data and retrains the model on an ongoing basis. Once this model is retrained, the algorithm is locked down and deployed into production vehicles. One would not want this algorithm to be retrained in the real world.

Within financial services, most of the models are not real-time in nature. In most cases, the consequence of failure in financial terms normally falls in the high category. Even for efficiency models which may be considered to be low consequence of failure, we would not recommend redevelopment to be done in real-time. Don’t get us wrong, retraining can indeed strengthen your models, especially if they are operating in a dynamic, operational environment.  However, one still wants the ability to build, evaluate and test the model with some degree of care, which talks more to the static and not real-time retraining approach.

So if you are already building static models to make your business more efficient, you are well positioned to use all you have learnt to springboard your business into the machine learning realm. There are some smart tricks that will allow you to bring in the benefits of machine learning into your existing models in a safe and reliable way, but more on that later.

Our Top Blogs On Machine Learning For 2017