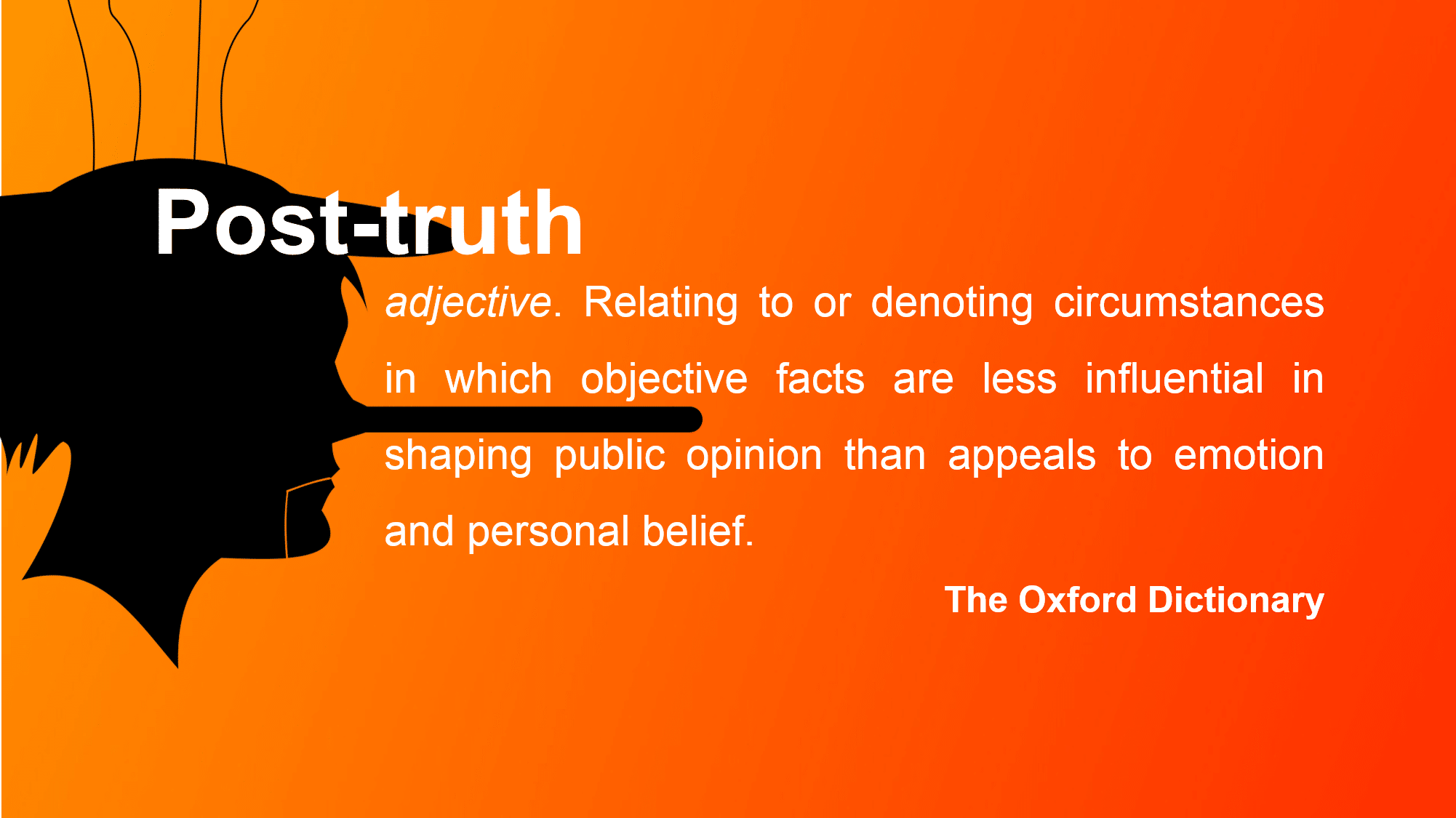 If I was to sum up our purpose at Principa, it would be “to help clients make informed decisions using data, analytics and software”.  As information grows, so the opportunity to make better decisions increases.  Data helps you understand your customer better.  That’s our mantra.  That’s our ethos.  That’s why we are.

Our long march towards “better decisions” through the clever use of data could not have been juxtaposed better (worse?) last year with the news that post-truth was the Oxford English Dictionary choice for Word of the Year.  This should be no surprise to anyone who at least offered a fleeting glance to two of the chief stories of 2016 – the Brexit vote and the US Presidential Election.

It appeared suddenly that data was irrelevant in political decisions – just look at the Washington Post’s extensive list of fabrications made by Donald Trump during the election campaign or Michael Gove (a key evangelist for Brexit) proclaiming that Britain had had “enough of experts“.

Is evidence now passé? Has our existence as data scientists been scuppered by two 2016 elections in the US and Britain?  Do we at Principa now suddenly have an existential crisis?!

Actually this idea of post truth is not a new concept.  If you’re interested and have some time it’s worth reading up on 17th Century philosopher Sir Francis Bacon’s “Idols the Mind” (a decent summary is available here where he addresses why we are disposed to such thinking).

More recently, though, “post-truth” is the odour from the rot that is the post-modernist movement that has been with us for a few decades now.  A significant part of the postmodernism movement is a rejection of objective reality and rationalism often claiming this to be a product of sociological and political interpretation.

Some of you may remember the incident in the video snippet below from the University of Cape Town #Fallist Movement’s call for #ScienceMustFall in October 2016.

Postmodernism advocates for a more pluralist approach and sees science as just another narrative. The arguable cultural partialities in certain scientific narratives notwithstanding, science is an unbiased, self-correcting and valuable process that can be applied to help understand the world around us.

Science has been battling postmodern thinking for a while.  So where does that leave us data scientists?

Despite the shock and horror of Post-truth 2016, I don’t think we as data scientists have a crisis at all, but rather a number of key challenges that we should address and continue to address.

As the world navigates itself through fake news, echo chambers and post-truth, we data scientists will continue to work to harness the value in the data out there. Unlike politics, fortunately the decisions we make in business are not popularity contests. Even if a debate around the board-room becomes political, we will still have the ability to test our models and hypotheses through sound data science. Embrace it!

Peoples habits are changing – Are you adapting?

Working Wonders In The Age Of Data