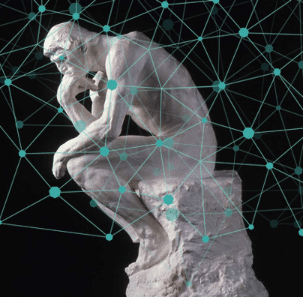 “Lies, damned lies and statistics” is the frequently quoted adage attributed to former British Prime Minister Benjamin Disraeli. The manipulation of data to fit a narrative is a very common occurrence from politics, economics to business and beyond.

In this blog post, we’ll touch on the more common logical fallacies that can be encountered and should be avoided in data analysis.

Statistics are simply numbers – how we (choose to) interpret them is up to us mere mortals and the key mental tool of critical thinking. It’s time to think about thinking.

A core competency of a data scientist is to be able to translate effects and patterns of data into real-life context. For business managers who need to periodically analyse data, an essential skill is ensuring that an interpretation is indeed correct and not tarnished by one of the many logical fallacies or mental mistakes that we all make in everyday life.

Philosophers have for some time understood the mistakes we make in reasoning. Aristotle is the first known philosopher to have established a list of logical fallacies. These fallacies are common mistakes made in arguing and thinking. An awareness of these is extremely helpful in sharpening one’s analytical ability. Developing awareness of thinking is known as metacognition and it is a key component to critical thinking.

When it comes to analysing data or assessing a conclusion from the data or models presented, it is worthwhile to be aware of the reliability of what is presented. The reliability may vary due to the

Below is a list of the more common logical data fallacies to avoid in analytics – I’ll by covering some of these in more detail in future blogs:

Subscribe to our blog to be notified of my future posts covering the above in more detail.

Maladies And Misadventures Of A Marketing Analyst

Where To Learn Data Science Skills In South Africa