Most industries owe their levels of sophistication to the visionaries in their space.  The South African credit industry is no different.  Whilst the bureaux and the banks have played a significant role in developing the South African credit landscape, arguably the fashion retailers have also played a pioneering role in revolving credit. And so our vibrant industry owes much to the role of the fashion retailers.  But how did it all begin?

Many of the major players in fashion retail today opened their first stores at the beginning of the 20th Century. The story of wide-spread fashion retail credit has its beginnings in the 1930s with Eli Ross and Sydney Press of Edgars.  The 1930s were years of depression and for many, outright purchases were not possible.  Although lay-bys were common in all stores for those who could not afford goods, they were a logistical problem and hardly consumer-friendly.

And so decentralised fashion retail credit and the 6-month no-interest account was introduced. Although launched in the urban stores initially, it was quickly adopted by rural branches.  In the rural areas, it was notably in the female-run stores (where there existed strong relationships between the female manager and the mostly female customer base) where it proved most successful. Consumers were assessed on character and developed a personal relationship with the store manager and were able to purchase goods immediately.  Such relationships were good for both brand reputation and for the customer, particularly during the depression years.  Little was done on merchandise margin to account for bad debt and net-present value of money, the facility simply increased merchandise purchases and cemented trusted relationships with customers. 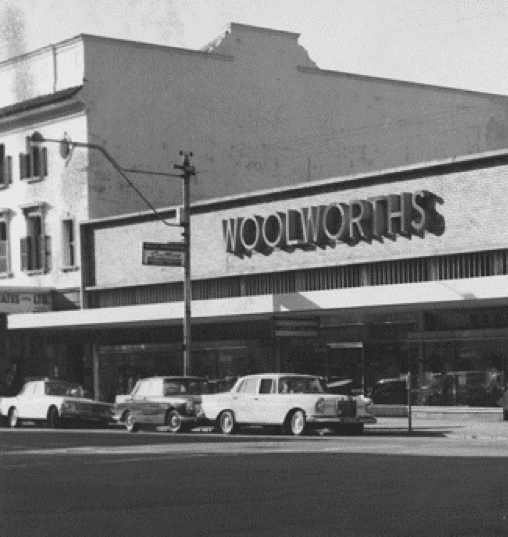 As systems were more widely adopted, it was the early 80s that saw the advent of centralised credit.  Edgars again paved the way with the first centralised retail card. There was a gradual process of migrating store-managed accounts to the central debtors’ system. For the first time, a customer could shop at multiple stores with the same card hassle-free.   One of the key enablers was automatic authorisations.  Previously shopping at another store would require one manager to phone your home store to confirm your current open-to-buy amount. The approval process for retail credit has also come a long way.  In the early days of centralised credit decisioning was basic rule-based. Application scoring really began in the 90s. That decade also brought the first bureau score when TransUnion (then ITC) launched Empirica. Outside of originations, credit managers would apply regular limit increases for those up-to-date accounts with balances close to the account limits. Behavioural scores were first adopted in the mid-90s when Edcon, Foschini, Truworths, and Woolworths all graduated to FICO’s (then Fair Isaac) account management platform TRIAD.  Thereafter, South African retailers enjoyed phenomenal growth driven by sophisticated credit and marketing strategies as well as diversifying into other financial products.  Expert strategies became data-driven strategies and have since, in some cases, become mathematically optimised strategies.  Truworths was the first credit issuer in Africa to adopt mathematical optimisation in credit decisioning when they did so in 2006.

Principa is proud to have established long-lasting relationships with almost all of the retailers mentioned here.  Our data analytics, strategic consulting, and support of FICO software have allowed us to be part of this exciting and pioneering journey.  We look back proudly at nearly twenty years of value-generating projects and we look forward eagerly to the challenges that still lie ahead.

For more information about what Principa offer in the credit space please return to our home page and look under our “Product & Solutions” menu tab.

Collections Technology in the aftermath of a pandemic (Part 1)